You may have seen that little black and yellow trampoline game all over the place, but still have no clue why groups of four people are hitting a ball down into it. Finally, some answers.

Spikeball, commonly referred to as the love child between volleyball and four-square, is a new sport that's sweeping across the globe. It is played 2 vs 2, with a round, taught net placed between the teams. A player starts a point by serving the ball down on the net so it ricochets up at their opponents. They have up to three hits between them (just like Volleyball) to control the ball and bounce it back off the net.

When they miss, or if the ball hits the rim, you score.

Did we mention that there are no boundaries? Once a point starts, players can move or hit the ball anywhere - yep, it’s a 360 degree game. 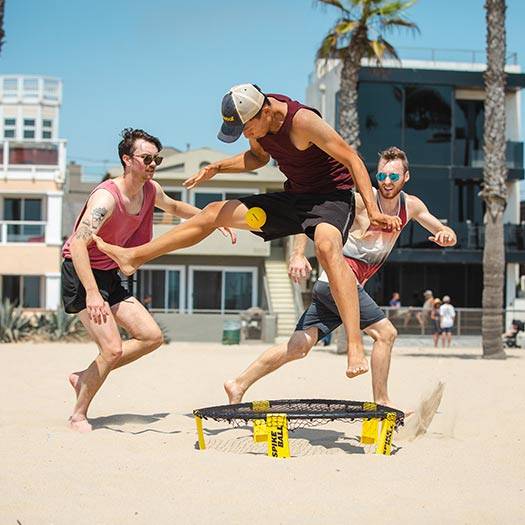 Now, the next time you see Spikeball out in the wild, you won't have to pretend to know what you're talking about. Maybe you'll even have a set of your own to throw down and play on.

Oh no! Your cart is empty.